SATAN BABY will be out on December 16

Our holiday special cover of "Satan Baby" will be out on December 16 on all digital platforms.

SPINELESS CREATURES will be out on Friday, October 28, 2022

Our upcoming single, "Spineless Creatures" will be out on Friday, October 28th.
Furthermore, we teamed up with Metal Kaoz (www.metalkaoz.com)
to bring you the premiere of our official music video on the very same date.

accompanied by an official music video.

Available on all digital platforms.

‘Give the Devil His Due’ is the third, upcoming release of Absinthe Green. The song, featuring a collaboration with world- renowned musician Snowy Shaw, will be released worldwide on all digital platforms on Friday, the 13th of May. ‘Give The Devil His Due’ will  also accompanied by an official music video.

You can pre-order Give The Devil His Due on Monday the 9th of May.

Stay tuned for the premiere link to watch the song together with the band and be part of the Q&A!

We’d like you to meet the newest member of Absinthe Green. Please welcome our new guitarist, Mike Dervos! After a number of auditions in the last months, we have found in Mike the person with the right skills, attitude and responsibility to join the ranks of Absinthe Green.

You may know him as the founding member of the band Hateflames (GR), with which he has participated in numerous shows and shared the stage with established acts of the metal scene. Mike is also working as a professional guitarist, songwriter, performer and teacher with already more than a decade of experience under his belt.

“I am very happy and excited for the future as the new member of Absinthe Green, as I have seen and admired firsthand their determination and devotion to this band, so I am beyond inspired and ready to rock the stages together with Absinthe Green!

See you on the road very soon!

We in Absinthe Green are very happy with the addition of Mike in the band and we can’t wait to bring him on stage on our live shows in very short time!

*Please note that a couple of videos/photos that we will publish next will not be including Mike, as they were made prior to his coming in the band, but fear not, you will see the new line-up in action down the pike!

Our second single 'War Inside My Head is now out on all digital platforms.

Our debut single "Dead Before My Eyes" is out now on all digital platforms.

Absinthe Green is the brainchild of songwriter, producer and multi-instrumentalist Eirini “Absinthe Green”. Absinthe made a name for herself playing the bass for different acts of the metal scene through the years. She has participated in international projects, such as handling the bass duties for the German band Enemy of the Sun, and Greek dark metal act RandomWalk among others. Furthermore, she has shared the stage with renowned artists in numerous shows and festivals throughout Europe.

Absinthe started writing music for this project back in Germany, in 2016. Having a diverse musical background, her songwriting blends a variety of music genres and influences together, into the unique sound of Absinthe Green.

After a while, the moment has arrived for her to realise her personal vision in the form of a full band. This coincided with the artist’s move back to Greece in the end of 2019, where Absinthe was joined by former RandomWalk bandmate Harry Mason on drums and later on by Villy Pirris on bass, with herself on vocals and rhythm guitar.

Harry’s groovy, solid beats and energetic stage performance made him the perfect accomplice to undertake the drums duties for the band.
Villy came into the picture in the spring of 2020, after an audition the band had scheduled. His musical skills and professionalism convinced Absinthe and Harry from the very beginning that he was the right person for the job, so he quickly joined the ranks of Absinthe Green. Villy’s smooth, assertive playing and dynamic performance, along with his energy, commitment and enthusiasm made him an ideal choice and valuable asset for Absinthe Green.

The latest addition in the band is guitarist Mike Dervos, who came in the picture in May of 2022.  Mike is best known as the founding member of the band Hateflames (GR), with which he has participated in numerous shows and shared the stage with established acts of the metal scene. Mike is also working as a professional guitarist, songwriter, performer and teacher with already more than a decade of experience under his belt. After a number of auditions in the last months, the band found in Mike the person with the right skills, attitude and responsibility to join Absinthe Green.

The debut album “Of Love and Pain”, is an amalgamation of Absinthe’s musical influences and personal life experiences.

Produced by renowned producer Hiili Hiilesmaa (HIM, The 69 Eyes, Amorphis, Moonspell, Sentenced et al.), it combines pop elements with aggressive guitars, solid, groovy drum beats and a variety of vocals that have the ability to pull diverse audiences together.

The album, coming out later this year, consists of 11 tracks that venture into life’s duality and inner struggles with love and pain, loss and recovery, destruction and creation, light and darkness.

Give The Devil His Due

Dead Before My Eyes

War Inside My Head 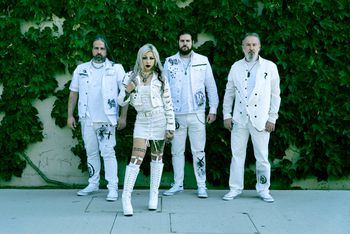 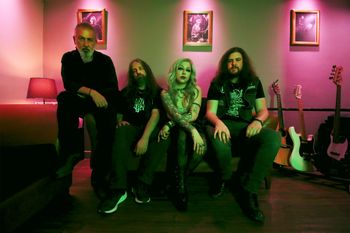 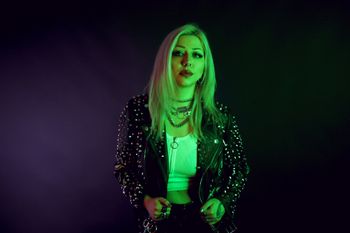 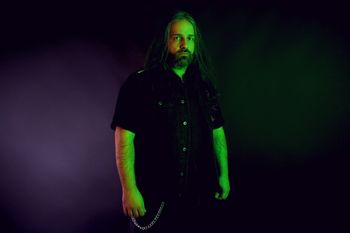 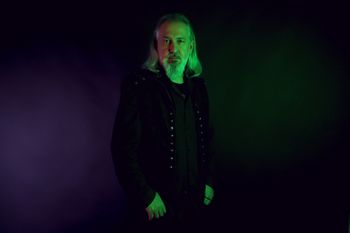 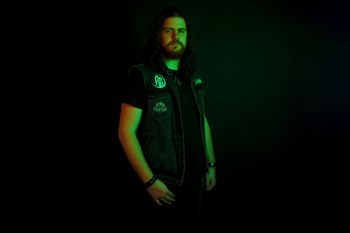 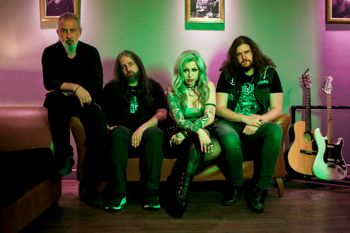 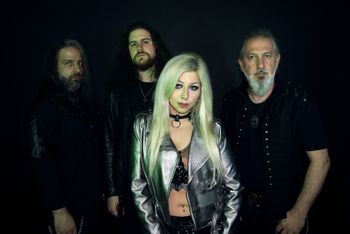